What is a SMSF?

Superannuation, or ‘super’ as it is more often known, is a cornerstone of most people’s personal financial management. Apart from their own home, for many people superannuation comprises their entire personal wealth. It is very important.

Super is a long term savings arrangement designed to assist individuals to accumulate wealth to enable them to fund (at least some of) their own retirement. Becoming self-sufficient reduces people’s reliance on government services such as the age pension.

Many countries use some form of superannuation. Australia’s current system of superannuation took form in 1983, when the then Hawke Labor government reached an ‘Accord’ with trade unions such that the unions agreed to forego direct pay increases in return for the introduction of compulsory super contributions for their members. Initially, employers were obliged to contribute an amount equal to 3% of their employees’ salary or wages into a super fund on that employees’ behalf. At a stroke, all affected workers started to save 3% of their annual income in a savings vehicle which could not be accessed until retirement. Compulsory saving for the future.

The system was expanded in 1992 to cover all Australian employees. This system became known as the ‘Superannuation Guarantee’ and it is still in place today. The introduction of compulsory super came as demographic analysts realised that the Australian population was ageing and this would place a substantial strain on social security benefits paid by the Government (especially the old age pension).

What is a self-managed super fund?

Most superannuation funds, both managed and self-managed, operate via a trust. Trustees are the legal owners of the trust assets. Fund members are the beneficial owners of those assets.

There are many different kinds of trust. Many businesses, for example, operate through some form of trust, often using a company as the trustee. Private investors might make use of an investment trust. A testamentary trust is a trust that is created when a person dies and wishes to have their assets managed on behalf of their beneficiaries (for example, if their beneficiaries are still children and can’t manage assets themselves). A self managed super fund is a special type of trust. It is special because the trust assets are held and managed by a trustee for the purpose of providing retirement income and other benefits to members. This means the trust qualifies for special income tax concessions under the tax law.

A SMSF is a super fund with less than five members that is managed by its members. SMSFs are also known as ‘DIY funds.’ The Australian Taxation Office (“the ATO”) is the main SMSF regulator, and has the responsibility of overseeing SMSFs in Australia.

The members, or a company owned and controlled by the members, act as the trustees. The trustees control the SMSF’s investments and are generally responsible for the SMSF’s administration and its compliance with the law.

A SMSF is controlled by a trust deed. The trust deed sets out the rules the SMSF has to follow. It also sets out the obligations and responsibilities of the people connected to the SMSF, ie the members and the trustees. The rules for paying contributions on retirement or death, investing assets, holding meetings, appointing trustees, paying benefits to members and the other matters affecting the SMSF are also found in the trust deed.

The three essential parts of a trust are present in a SMSF. These are:

To be a SMSF the fund must be a super fund and must also satisfy a number of conditions set out in section 17A of the SIS Act. These conditions are:

2.      if the trustees of the fund are individual persons, each of them must be a trustee;

3.      if the trustee of the fund is a company, each member must be a director of that company;

4.      the members are not in an employment relationship unless they are relatives;

5.      no trustee derives any personal benefit from providing services to the fund or for performing his/her/its duties as a trustee.

Who can set up a SMSF?

There is no restriction on who can establish SMSFs. They are set up by people of all ages from all walks of life. Normally people with higher incomes or who have significant wealth set up SMSFs. Older people predominate, since they are typically able to pay larger contributions, have larger amounts to rollover into an SMSF – and they are more aware of their ultimate retirement. Younger people using SMSFs to set themselves up for later life are becoming increasingly common.

How much do you need to set up a SMSF?

There is no minimum amount required to set up an SMSF. However, a common sense approach is required. When a client has a substantial initial balance, say $500,000, the SMSF starts to become a more attractive and cost effective option, mainly due to the fact that the administration fee for an SMSF tends to be stable regardless of the number of assets. Administrative fees are typically function of the complexity and range of investments within the fund, rather than their absolute size. For example, there is no additional cost in administrating $100,000 worth of shares in BHP over administrating $10,000 worth of shares in BHP.

That is not to say that an SMSF cannot be appropriate for a person with less and $500,000 to invest. There can be good reasons for setting up an SMSF where the costs are relatively high in the first few years until the SMSF grows and its investment strategy settles down, such as:

The client’s desire for control over their investments;

·         Intention to have larger future contributions;

·         Intention to have a simple low cost investment strategy;

·         High level of awareness and experience of investments markets and investment risk; and

·         High level of awareness and sophistication regarding potential

For more information regarding self managed super funds and whether they are an appropriate strategy for you, contact Curve Accountants for a no obligation consultation. 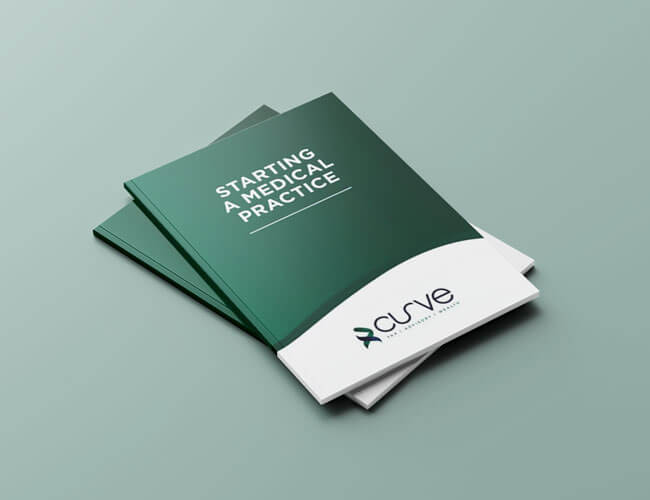